The Front Loader has no frame bias and leaves your frame clamp free.

Not for those wanting a designer look to go with their designer vehicle.

The Yakima Front Loader has been undergoing the rigours of our long term testing for over 6 months now, and it’s fair to say that we have been mightily impressed. 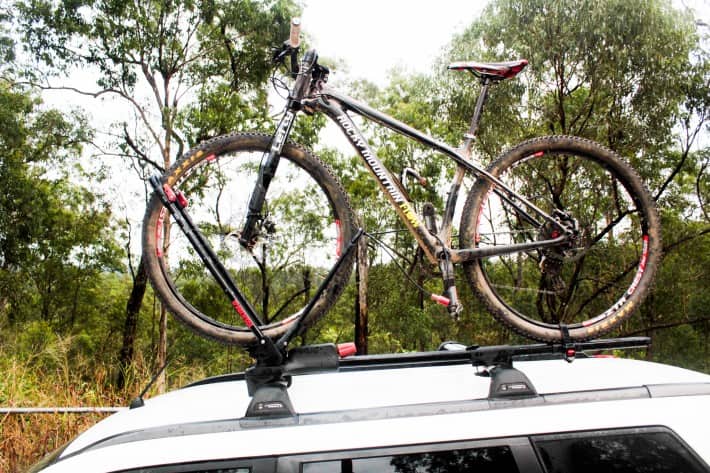 When we first saw the Front Loader we were immediately impressed by its unique design, although maybe not as sleek as other racks, it was obvious that the designers at Yakima had their own expectations of how a roof mounted bike carrier should function, with form following. The Front Loader is robust, from the first time we used it we had no second thoughts to loading large expensive 29ers on to the roof of the car, knowing that they were being held securely by the front wheel cradle and a solid ratchet strap securing the back wheel. 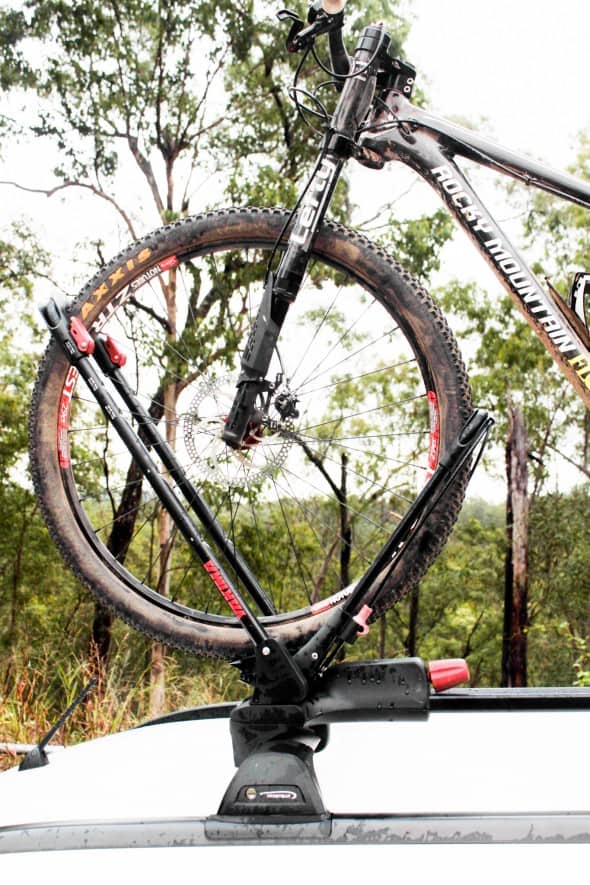 The Front Loader has two arms which secure the front wheel and give a super secure hold.

Those of you who have run roof mounted bike carriers before would be aware of that familiar whistle that comes from having an object disrupting your car’s slip stream. Although the Front Loader might not look so sleek and aerodynamic, we found the whistle to be non-existent, with or without the bike on the roof. This was assisted further by the super quite Whispbar roof racks that Yakima Australia has partnered with, and were part of the Flow set up.

As the name states the rack is a Front Loader, that is the bike is secured primarily by the front wheel, with an adjustable bracket, that lets you place just about any two wheeler onto the roof from 20” to 29”. This unique loading system also means that there is no longer any frame bias from your roof carrier – it will work with ANY frame , your pride and joy can be secured to the roof in all her glory for the world to see and your fellow MTBers to drool over. No more embarrassment of front wheels missing and ugly axle adapters. 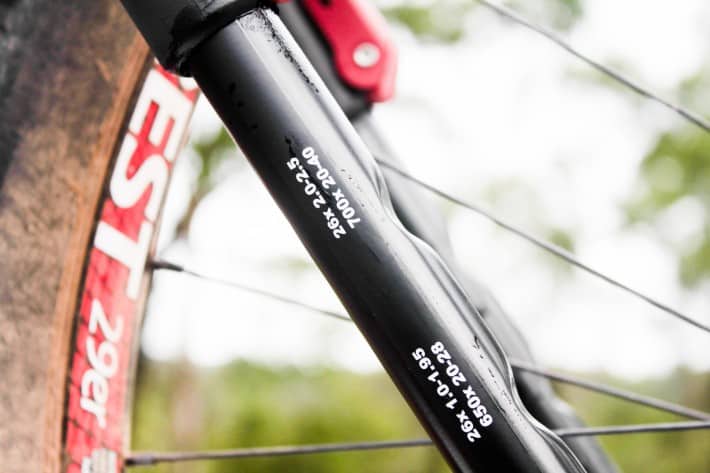 Any wheel size will fit – including 27.5″.  That’s some forward thinking.

Roof mounted bike carriers can often pose a challenge for those of us who are slightly challenged in the vertical orientation, walking a fine line between getting the bike on the roof and it falling down on our heads. The Front Loader virtually nullified this challenge, by rolling the front wheel into the cradle and then securing it with the two bars, your attention can then be turned to securing the rear wheel, with the reassurance that the bike won’t topple onto the roof. With the rear wheel strapped down, you are then able to give the large red dial a couple of quick turns to firmly secure the front wheel. 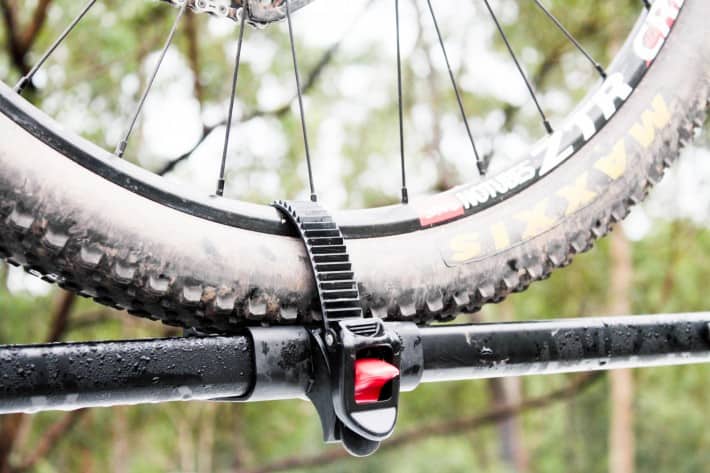 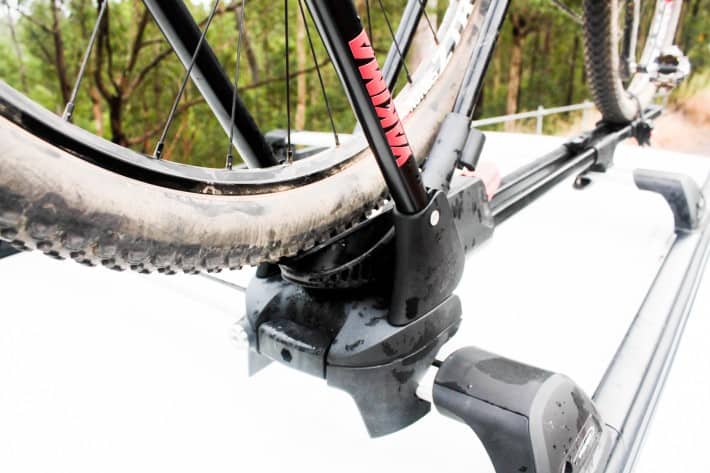 The front wheel placement is easier with this cradle.

With your pride and joy safely loaded into the Front Loader, it then needs to be secured from any prying hands. Yakima have cleverly dealt with this concern via providing an integrated cable lock into the carrier that can be quickly looped through your bike’s frame and locked; when not in use the cable clips away into the wheel clamp. 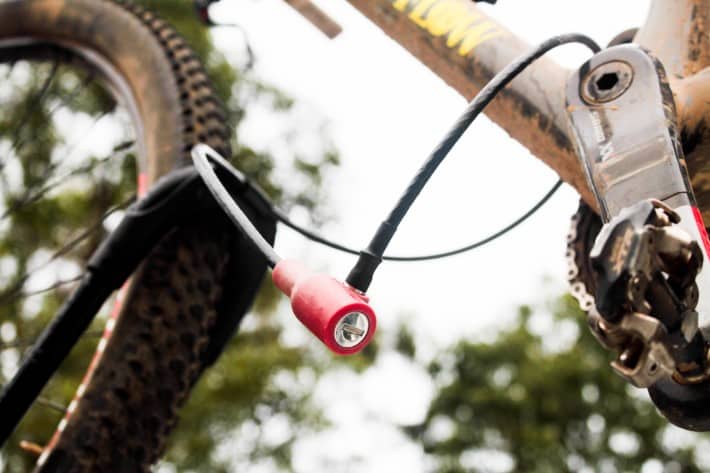 Keep your thieving hands off my ride.

The Yakima Front Loader has been a big hit here at Flow HQ, the thought to the engineering behind the system, the ease of use and the versatility that it offers when it comes to carrying your pride and joy on the roof is second to none. Yakima is only a relatively new name in the Australia market, but we are predicting that it won’t be long until it becomes a familiar name with mountain bikers. 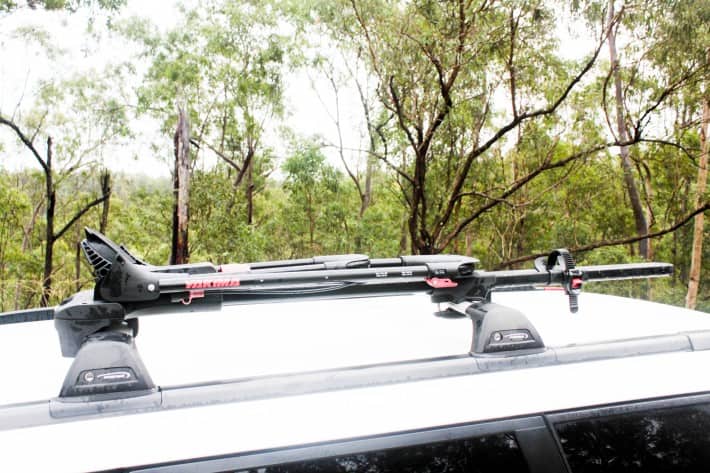 The rack in the unused position.