A good set of ski racks will keep your interior dry and undamaged, while freeing up valuable space in the car Image:: Robbie Warden

"You're halfway to the mountain already," the box to my brand new Yakima Fatcat 6 had started the conversation before I had even opened it. That's creative copywriting – I thought to myself – as imagery of those final few turns on the Alpine Way, the road covered in a foot of fresh Aussie pow, flowed through my mind. Wait a second; aren't roof racks meant to be a pain in the ass? Somehow, this all felt wrong.

I spent the season torture testing the Yakima racks to see if they held up, here is the verdict... INSTALLATION: Fitment of the Yakima racks was remarkably simple and tool free. I was fitting the racks to a Prorack Whispbar system, but the factory mounts are compatible with a huge array of after market and factory-fitted roof racks. The rubber mounts only require you to fit a simple lever system to the gutter of the arm, that is tensioned using a spinning wheel that slowly adjusts the reinforced rubber strap. Simple. 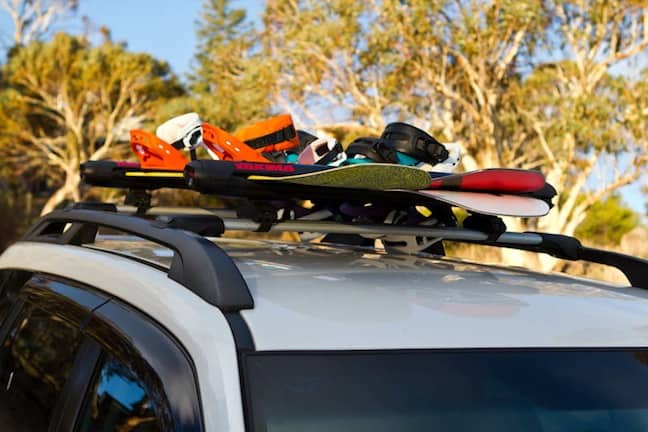 EASE OF USE: Loading skis or snowboards into the rack is foolproof. Unlock, open it up and load the skis or boards directly into the gator-style arm. Yakima have given a lot of thought to the way the skis are secured. A rubber seal runs along the entire length of the arm, on both the top and bottom, meaning that the rack will never cause any damage to either your base or top-sheet. The mounts have been designed with plenty of clearance. I found that this means you can quite easily hold gear – mounted base-to-base – without any worry of damaging the car's duco. Yakima says the racks can hold up to six pairs of skis, most pow skis these days are over 100mm at the waist, which may test this claim, but I found the racks span almost the entire width of my Subaru Forester, so there is plenty of room. 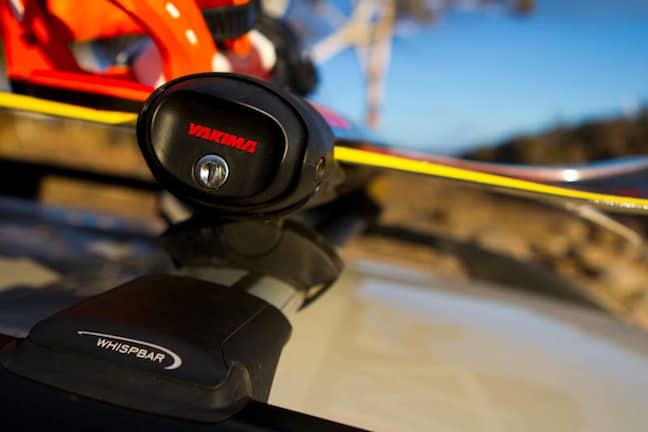 SECURITY: Yakima have reinforced the rubber straps that wrap around the roof bar, this means that even if someone attempted to try and cut the rubber, the steel wire would mean the rack wouldn't be able to be removed – ingenious. All Yakima racks utilise a key system named SKS, (Same Key System). When you purchase the rack, it comes with lock barrels that can be removed and put in other racks. This meant I only needed one key to operate the locks on the Prorack bars, Highroller bike rack and the Fatcats, gone are the days of a keyring full of keys for all your different racks. Unfortunately, the locks are quite difficult to secure when the rack is fully loaded – requiring some pressure and jiggling around to get the lock to properly seat. This can lead to some cold hands when it is cold! Aside from this inconvenience, the locks secure firmly and you can rest assured your gear is safe. 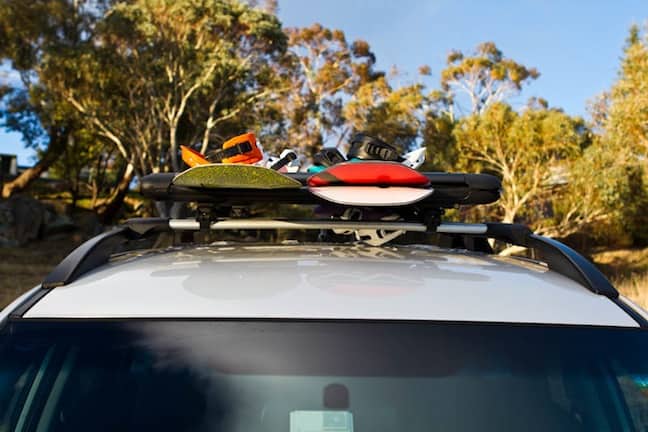 AESTHETICS: With a shiny black mirrored finish, the racks look rather sleek. The fact they are raised – allowing for clearance – does mean they look slightly odd when driving in the city, thankfully this would only be a seasonal problem and probably wouldn't bother most people. The racks have a sturdy feel, and the build quality is impressive.